We use the word "efficient" in math a lot.  I want my mathematicians to know that math isn't about shortcuts, but it is about efficiency.  Setting them up to discover efficient strategies is what I'm striving for.  I could simply show them, but if they take responsibility for the learning, we're all better off in the end.

One day I handed out addition boards (see below) and counters.  I told them to put counters on their board but one of the parts had to be zero.  The other part was up to them (within reason - they were encouraged to keep the number small and different than their neighbors).  They left their addition boards on their desks and traveled around, collecting as many equations on their whiteboard as they could.  In other words, they wrote the equations they saw on other addition boards.  5+0=5, 0+7=7, 0+9=9, and so on. 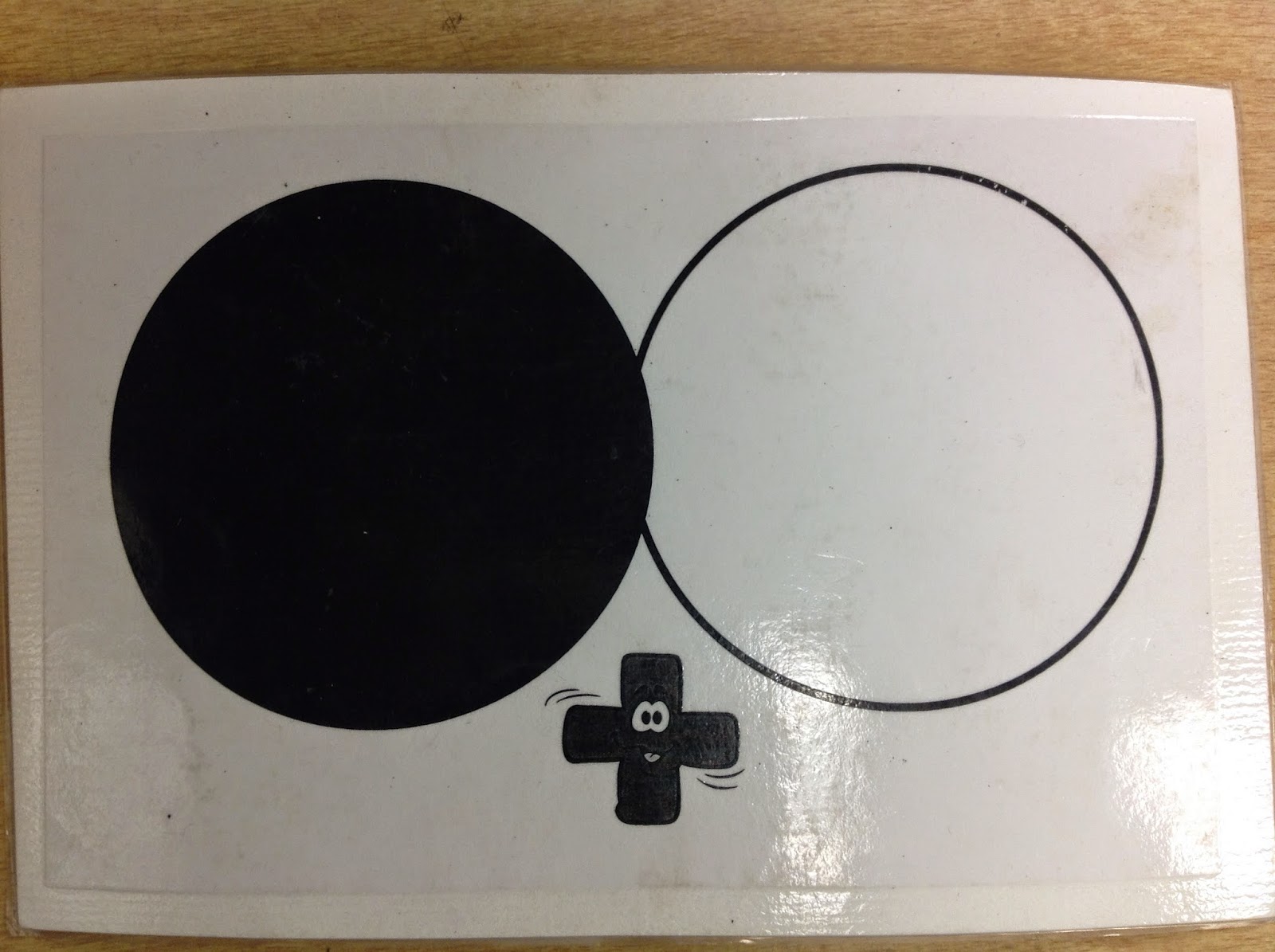 (Imagine one part with 0 counters and the other part with a small amount of counters.)

After about five minutes of collecting equations, they brought their whiteboards to our living room.  They saw the chart below, although at the time it was blank except for the +0 at the top.  I asked volunteers for equations from their whiteboards.  I then wrote on the chart.  Then I asked them to discuss in partners what they noticed.  A few people shared with the group as we acknowledged their thoughts.  It only took a few comments to get to the person who noticed a strategy for adding zero.  I got out my highlighter, drew some arrows, and wrote down the person's strategy. 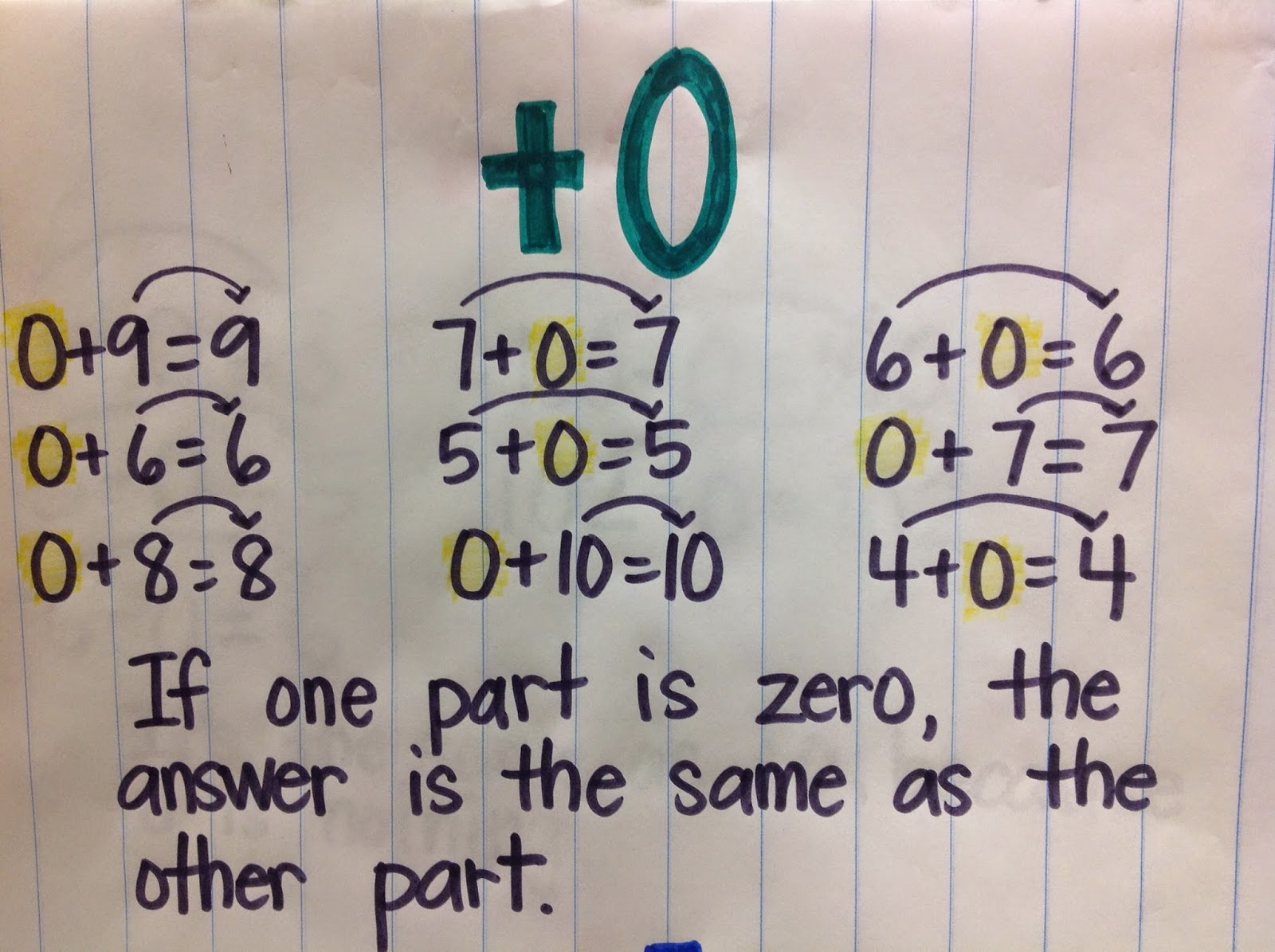 Imagine the above lesson repeated for +1 the following day. 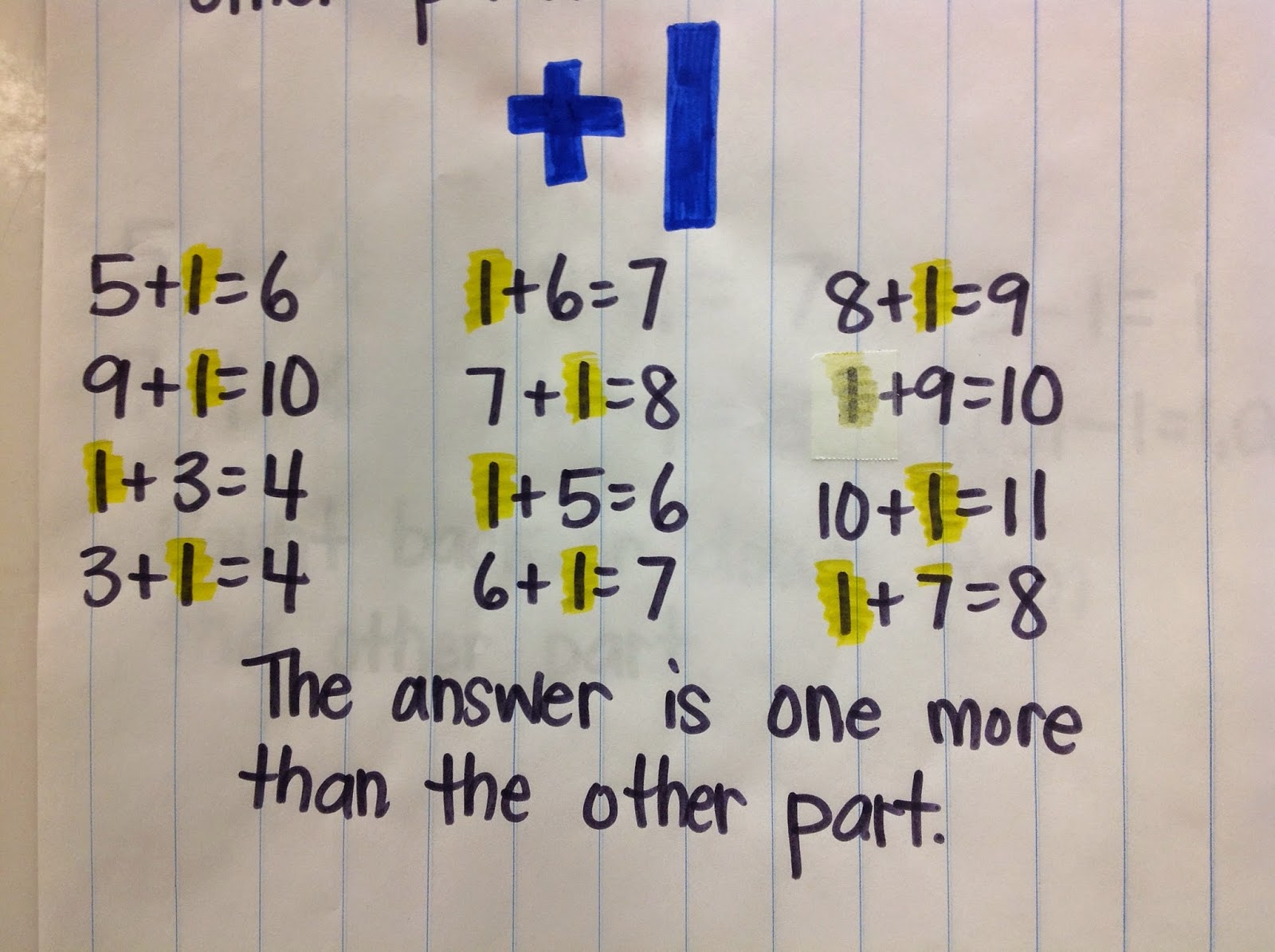 When it came to +2, we didn't get out addition boards and counters.  We looked at our +0 and +1 charts.  "How can +0 and +1 help you know +2?"  We made some discoveries and then practiced using an efficient +2 strategy with their foreheads.  Each child had a +2 equation on their head.  They walked around and collected as many equations as they could. 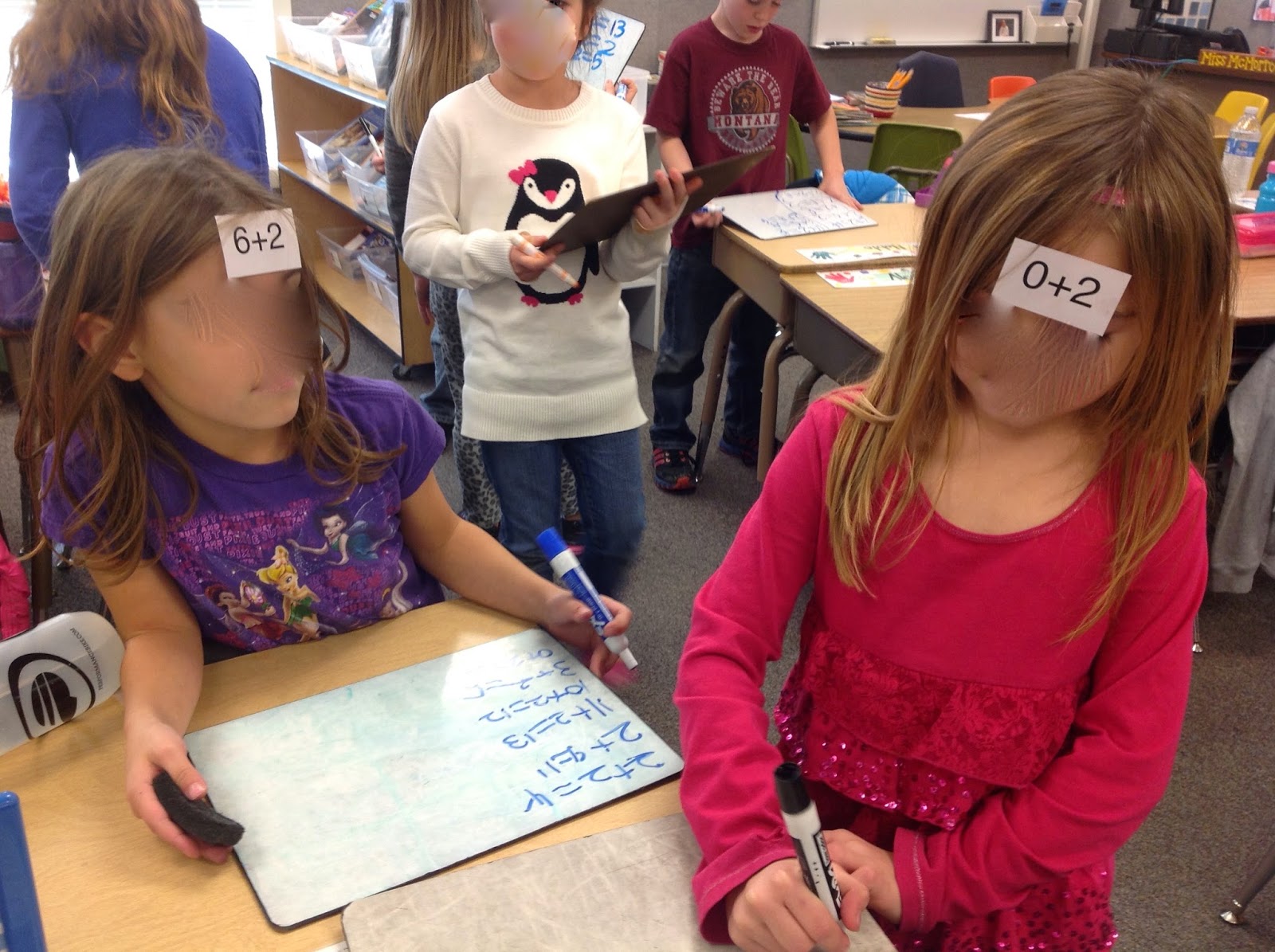 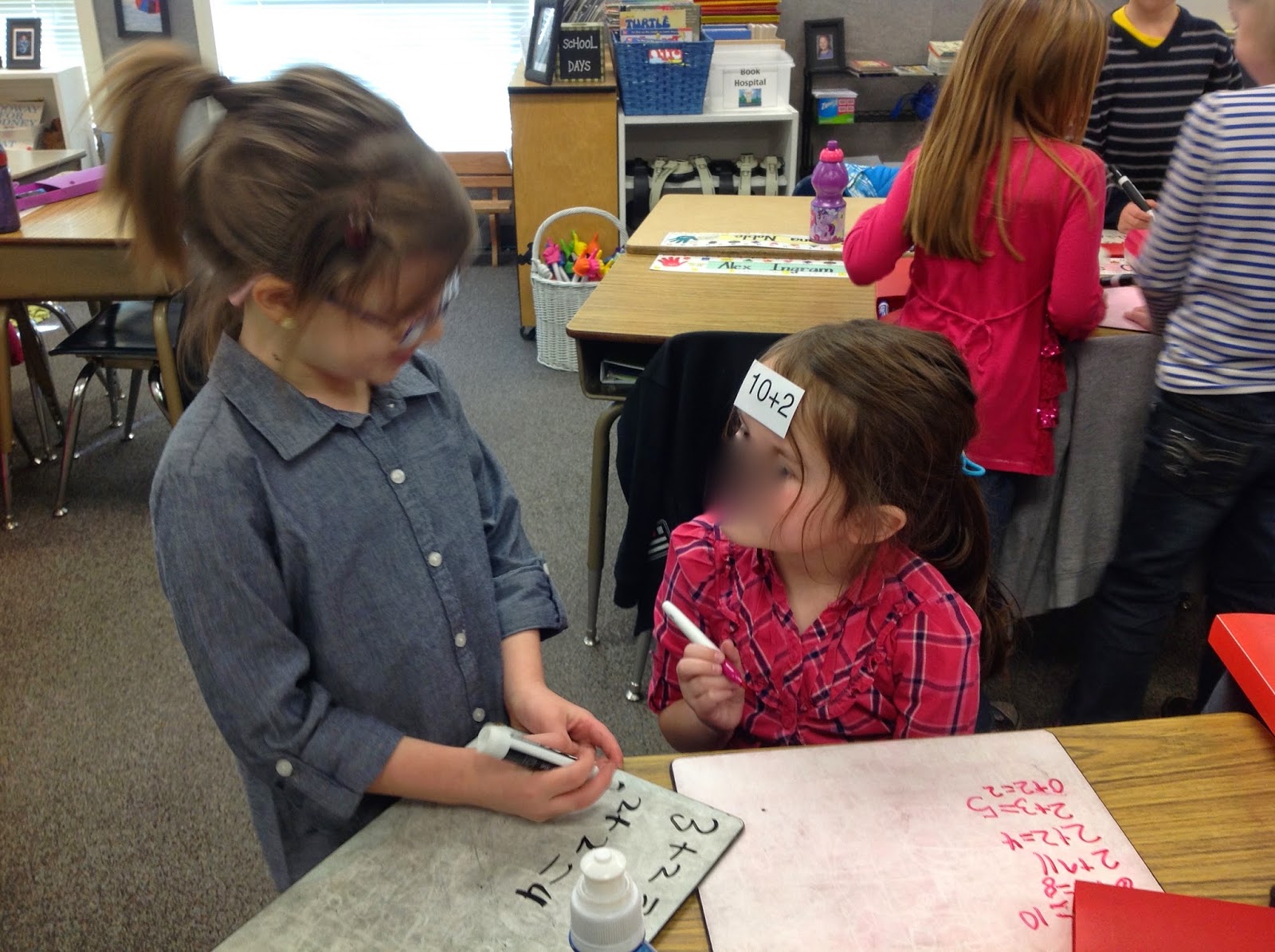 Given the opportunity, they can make discoveries about efficient strategies.  They just need the right conditions.