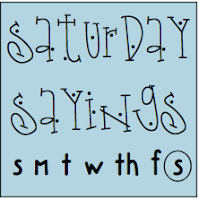 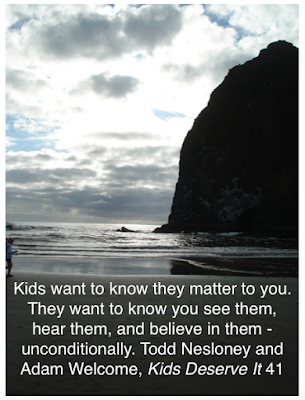 Due to my involvement in The Idaho Coaching Network this year, I've had to miss several days of school. I can count on one hand the number of sick days I've had in 23 years of teaching, so being gone once a month is atypical and extremely hard on me.

I shake my head when I think about what my students will or won't do in my absence. If I were a fly on the wall, I know I'd be disappointed. Maybe that's my ever-present control freak nature. Maybe it's because I teach my students that character is doing what's right even when no one is watching. Likely it's both. Either way, I returned from my most recent absence to hear that the guest teacher and my class had a rough day.

Honestly, the news was immensely frustrating and even hurtful. I'll admit I took is personally. I wanted to apologize on behalf of my people. Yeah, they're only six or seven and far from perfect, but they know better. Doing the right thing when Miss McMorrow isn't watching is not always easy but it's important. (They hear this from me often.) In the early stages of my frustration, growth mindset wasn't on my mind. I came around.

While scrapping my original plans for the following day and wondering how I was going to fix a moment gone bad, I found inspiration and direction in some words that magically and unexpectedly overtook my thoughts.

I don't believe I've ever specifically thought about this before, and I mourned for the times when I've subconsciously led with a you-will-pay-for-this mindset. I don't recall ever intentionally doing this, but at some point in my career, I've no doubt had a moment, or several, when paying took priority over learning or paying was disguised as learning. I think it's so easy to unintentionally slip into this mode.

So I went into the day with a plan -- a plan to learn, not pay. Every conversation and activity would send a clear message about who we want to be, intertwined with these and other similar words: "Remember on the first day of school when I said I loved you before you even showed up? That's still true and nothing can change that."