Have you read Smarter Charts yet?  It was one of my favorite summer reads.  (Look here if you're interested.)  I feel light-years away from really having a handle on charts, but I think my charts and I are getting a little smarter at least.  I thought I'd share a few that I've created so far this year. 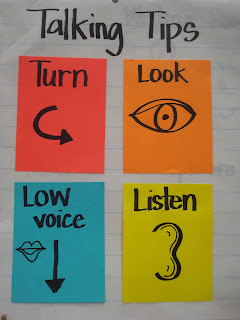 Talking Tips:  I see this chart growing or at least inspiring a chart about how to listen and what kinds of things partners say to each other when they listen well. 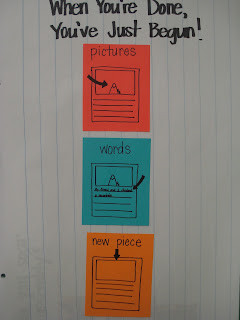 When You're Done You've Just Begun:  I can thank Lucy Calkins for this idea.  I've been making a chart for this concept for years.  This one is just a whole lot easier to understand. 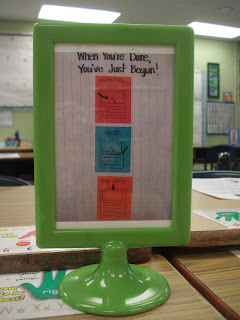 And look, it became a table chart too.  I just took a picture and now each table of desks has one. 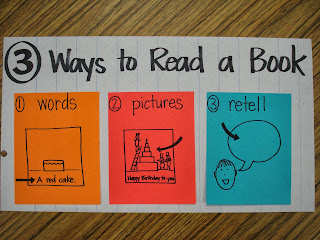 3 Ways to Read a Book:  This idea comes from The Sisters and Daily 5.  Again, this one is so much more simplistic than the version I used to make. 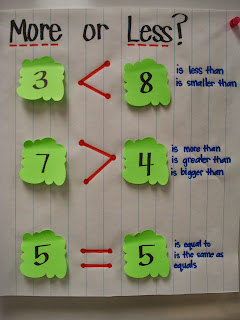 More or Less: This math chart could have started with pictures instead of numbers and then eventually grew by adding numbers.  It could also be interactive by having kids change out the numbers. 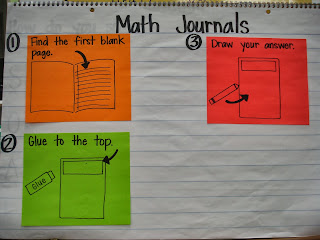 Math Journals: I think in the future I'd give this one a better title, but I do like how it breaks down the steps for how we prepare our math journals.  I also have been thinking about adding a step for partner talk.  Without creating chart pollution, I can see how creating a separate chart for how to talk with a math partner could be useful too.