I thoroughly love the way Van de Walle recommends transitioning mathematicians from informal units to a standard ruler.  Based on his suggestions, we made our own informal rulers today. 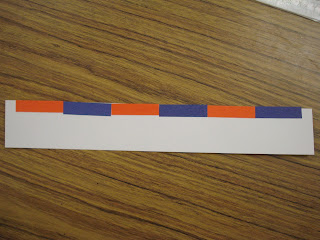 (blue and orange in honor of the BSU Broncos of course)

Each child made their own.  I specifically told them to leave a space before glueing down the first unit, since the 0 on rulers doesn't necessarily sit at the very beginning of the ruler.  It's important that the kids use the rulers with the absence of numbers for a while too, but soon they'll show up.  The kids then practiced using their rulers by measuring each other's names using this sheet.  You'll notice there's also a box for predictions.  Van de Walle says it's very important for students to practice predicting measurements. 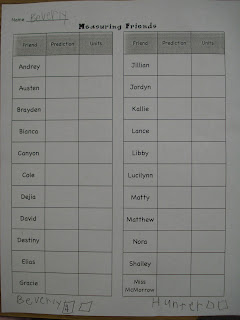 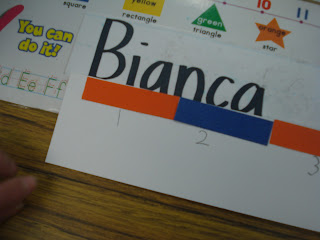 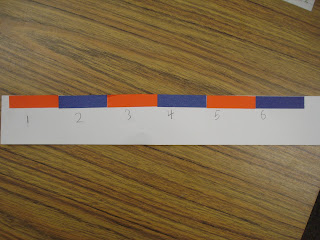 See how the numbers are written in the center of each unit?  That's on purpose.  They're written there to make it clear that the numbers are a way of precounting the units.  Numbers at the ends of units turn the ruler into a number line, which is a more sophisticated concept according to Van de Walle.  We then finished measuring names.

This idea comes from Van de Walle's book below.  I'd highly recommend it!  I'm trusting that when we make the transition to standard rulers, my kids will have a much better understanding of how they work, thanks to Van de Walle's thoughts. 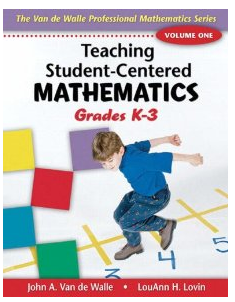 (He has a new edition out now.)