Halloween has come and gone, but it's left its mark on our collection of classroom books.  Here's a glimpse of four books that my trick-or-treaters will enjoy all year long.


This first book was inspired by a big book we read during shared reading called Jack-O-Faces.  One of the pages says, "This is Jack-o-happy."  That became the inspiration for each page of our book, but we inserted our names instead of Jack's. 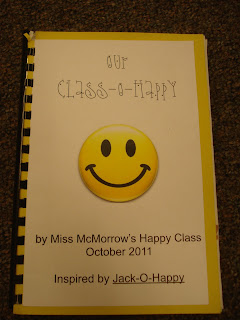 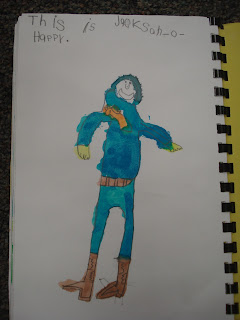 This next book is fairly simple, but it has moving parts so the kids enjoy it.  When you lift up the ghost costume, a first grader is underneath. 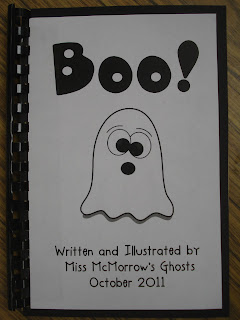 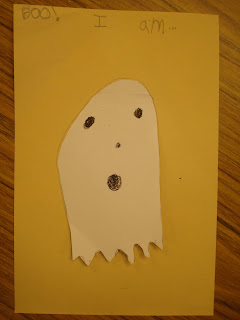 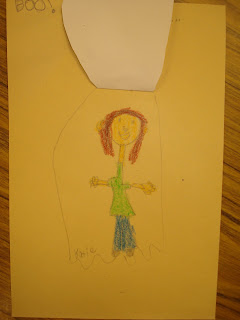 We learn a poem every week in our room.  "The Itsy Bitsy Spider" is one of them, although it's not the traditional one that we all know so well.  Since the spider in the poem crawls up on heads, I put each child's name into the poem and took a picture of a spider on their head.  (Fake of course but rather real looking.)  I told them to tell a story with their face.  Too bad I can't show their full facial expressions here on the Internet.  They're hilarious.  Oh, and I made the book by taping the pages together accordion style.  Just mixing things up. 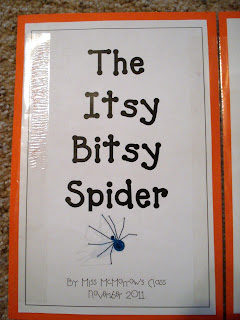 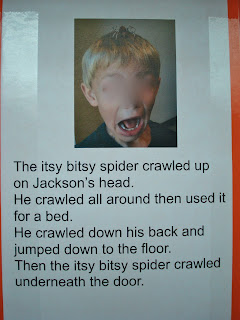 Lastly, I took pictures of them in their Halloween costumes and created this next book.  It's just like Brown Bear, Brown Bear by Bill Martin, Jr.  I asked them to pose like their costume's character.  I sure got some creative pics. 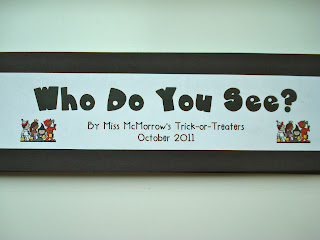 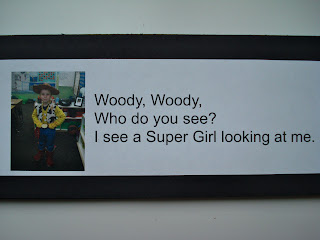 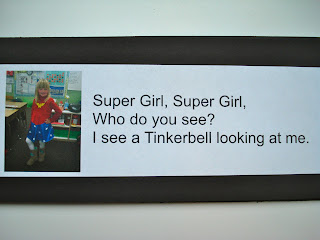